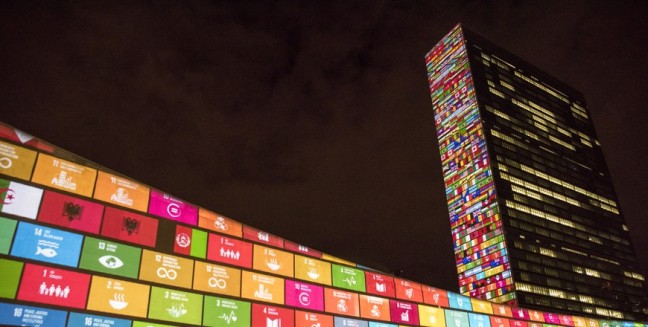 Kathryn Sikkink is especially known for her pioneering work in IR theory, and more specifically for her contributions to constructivism. Some of her most famous work include: “International Norm Dynamics and Political Change” with Martha Finnemore; “Activists beyond Borders” with Margaret E. Keck; and “The power of human rights: International norms and domestic change” with Thomas Risse and Stephen C. Rope.

Sikkink is currently a professor at the Harvard John F. Kennedy School of Government.

The conference she gave at McGill University was dedicated to her new book titled « Evidence for hope: making human rights work in the 21st century », which dwells on one of her topic of expertise, human rights activism.

In this book, she aims to debunk myths about human rights work which is often criticized for its lack of legitimacy and efficiency. These two concepts serve as the two parts of the book.

On the issues of legitimacy, i.e. that human rights are imposed by the North onto the South, she argues that such claims do not take into consideration the newest literature from the Global South on the issue. In addition, empirical evidence suggests that human rights movements also took their origin in the South, as illustrated by the first intergovernmental declaration of human rights which emerged in Latin America, eight months before the one of the United Nations.

Sikkink focused most of her presentation on the efficiency of human rights movements. She argued that policymakers underestimate the development work of activissts because of pessimism. However, by taking a step back and looking at the evolution of human rights from 1948 to today, one can see a different picture than that relayed in the news.

Pessimism can be seen in the statements of public figures, such as Ban Ki-Moon who declared that there was more suffering today than ever since the creation of the UN, or E. Posner who spoke of a post-human rights era. Surveys also show that only 2% of people interviewed in 17 countries believed the world was getting better.

Against this backdrop, Sikkink aimed to show that these declarations are actually unhelpful because they do not represent the reality. She thus turns to measurement to prove that improvement has occurred. And although some rights are not getting any better, and even worsening in some areas, there are significant improvements in others.

She attributes people’s pessimism to a glorification of the past and to an overestimation of human rights activism in the 70s and 80s. However, these times were not as happy as commonly believed today, and activists were far from being popular back then. But based on that ideal picture of the past, the present is seen as worse than an ideal, which is not an objective depiction of reality.

In order to really account for the progress of human rights activism, Sikkink advocates for a comparison between the past and the present that is based on objective measurements. She clearly criticizes theorists who base their arguments on ideals rather than on transparent measurements.

To prove that human rights have progressed, she shows that:

However, income inequality within countries has increased, especially in English-speaking countries; undernourishment is still a problem today in some regions, and refugees are up (more people are on the move due to war).

There is also a lack of data concerning in some regions of the world concerning rape, violence against women.

Sikkink explains that pessimism comes from a paradox that stems from human rights activism: by raising awareness of the problems that need to be addressed, they also contributed to the perception of their own lack of effectiveness. Even though there are more and more treaties, laws and regulations and organisations dedicated to advancing human rights, activists continuously draw attention to new dilemmas, more rights that keep being violated. This creates a vicious circle: the more people care, the more they believe nothing has been achieved.

Sikkink attributes this to psychological biases and heuristics. First, to the availability bias (developed by Tversky & Kahneman) whereby media make terrorism and catastrophes more likely than incidents that actually kill more. Second, to a negativity bias (Baumesiter et al.) which explains that people tend to pay more attention to negative than to positive information.

In order to avoid falling into the pessimism trap, we need evidence for hope, but without complacency. Anger and injustice are needed to fuel activism. However, hope and the belief one can make a difference make struggling more effective.

The book stands in contrast with Sikkink’s earlier work. While she is most famous for her contributions to constructivism, this volume is much more empirical. One can wonder: where is the theory? The causal mechanisms presented are convincing, but the external validity of the book seems limited. Sikkink mentioned the lack of consensus in the literature on how to measure change – this absence, however, should not have prevented her from detailing her own perspective.

Although Sikkink declared to have written this book for activists around the world who are faced with depression and a sense of inefficiency – which is a laudable goal in itself – one can wonder about the usefulness of this volume for IR theory in general.