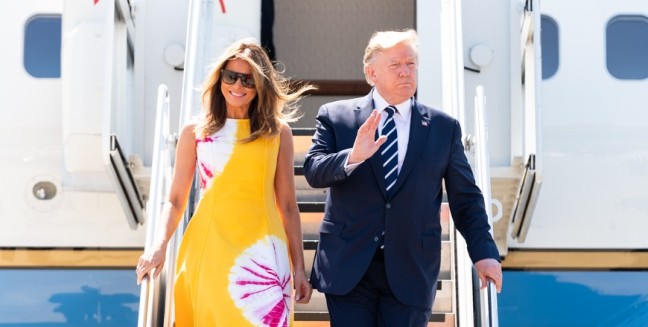 Donald Trump made an implicit threat to American security assistance in Ukraine in exchange for an investigation into Joe Biden and his son Hunter. About a week before his now infamous July 25th call with President Zelensky, his administration held up US$400 in security assistance appropriated by Congress, though ultimately released it in September. What impact would this have in Ukraine? I am not a Ukraine specialist. But my current work, with Lee Seymour and a great research team at Université de Montréal, concerns the politics of foreign military training missions—a key element of security assistance programs in Ukraine and elsewhere.

Even before Trump, these programs aren’t exactly rationally directed decisions by a unitary actor concerned only about results. Notably, one long-standing problem with security assistance in the United States is its unbelievable complexity. A RAND Corporation study in 2016 found that navigating the bewildering array of different Congressional programs authorizing security assistance makes it a lot harder for the American officers planning and implementing assistance programs to actually do it.

Typically, an assistance activity—say, a new program to train a few regional partners in the use of a particular weapon the US transfers—will kludge together funding from lots of different authorizations, and planning officers have to figure out what’s there and how to get their hands on it. They have to respond to different program objectives, reporting procedures, and timelines. One source of funds might get cut off midway through before anything meaningful can be done with it, and planners have to scramble to catch up. The result is it is hard for anyone to know where the money is going and what it’s doing, and security assistance happens where it does and when it does for organizational process reasons as much as anything else.

In this context, arbitrarily and abruptly freezing funds can’t have helped. I don’t know what the specific impact of the holdup was, but it wouldn’t have been good. Past experience suggests that when U.S. officers don’t have predictability and certainty about when the support is coming, they have to suspend activities in progress and they cannot realistically plan. The result is waste in money and effort. Even if every dollar eventually made it through, make no mistake: withholding the aid made taxpayer dollars less effective at their intended aim, made an important U.S. military mission harder, and made it more difficult for Ukraine to face up to Russia.

Trump didn’t help anything by asking for something in exchange. Conditions are a big part of military assistance. They are central to the prevailing paradigm for understanding security force assistance and its impact, the principal-agent model (P-A model) (see here, here, and here). In this model, an outside state (like the U.S.) tries through carrots and sticks to get a client (like the former government of Nouri al-Maliki in Iraq) to behave in a particular way. The assumption of this approach is that typically the U.S. seeks to defeat a common foe in some other country (Al Qaeda and later ISIS in Iraq, the Viet Cong, or the Russians and separatists in Ukraine) and wants to build up the effectiveness of the client’s security forces to do so. In contrast, the wily local leader, concerned not just about the foe but about political survival, has incentives to divert the cash to key players in the regime to keep them on board. This is not so great for the U.S. and the effectiveness of its aid. The way to deal with the problem, according to the security assistance literature, is basically to attach conditions to the aid, to demand reforms in exchange for it.

So usually the principal-agent model assumes that it’s the foreign leader engaging in skulduggery and shenanigans… not America’s president. This looks now like a pretty problematic assumption. But what does this kind of perverse conditionality mean? Asking for dirt on Biden in exchange for aid is very likely to screw up any further conditions the U.S. might attach, for example with regard to how the Ukrainian army is run. If you were the Ukrainian president, or any other U.S. client, why would you pay the political costs of reform if this doesn’t seem to be especially important to Trump? You might reform all you like, and you could still get your aid cut off to pressure you to do Trump’s dirty work. Or you could buy the aid back cheap by targeting Trump’s political opponents—not yours.

Now, there’s no need to establish the quid pro quo for impeachment to proceed. After all, ordering a prosecution of one’s own citizens, above all one’s political opponents, without following judicially-established channels, is an impeachable violation of their civil rights. And whether Trump had involved Ukraine or just his own Attorney-General, it would still be such a violation. But using US security assistance definitely makes matters worse. It shows Trump’s willingness to employ the tools of the Presidency for private political gain, using taxpayer dollars to manipulate America’s elections. And it shows a willingness to directly undermine U.S. foreign policy for his own political survival.