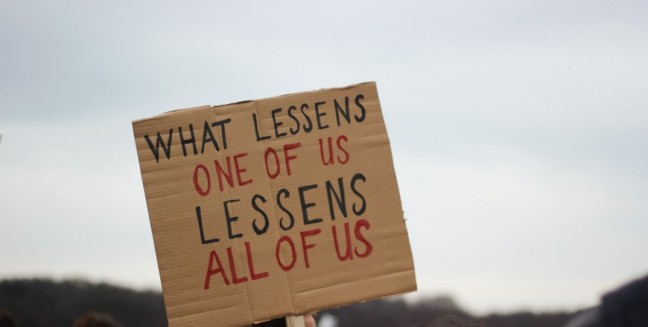 The Centre d’études et de recherches internationales (CERIUM) is currently holding a conference cycle entitled « Saving Democracy », the primary objective of which is a broad reflection on liberal democracy. The first two guests were authors Steven Pinker, a famous cognitive psychologist and professor at Harvard University, and Adam Przeworski, renown political scientist from New York University, known for his influential work on democracy. The content of both conferences strongly differed, as Pinker’s presentation can be perceived as resolutely optimistic, while Przesworski is undeniably more pessimistic and contradicts Pinker’s assumptions. As a result, one can wonder: is there a place for optimism in the current study of democracy?

A famous quote attributed to the founder of the Italian Communist Party Antonio Gramsci, “Pessimism of the intellect, optimism of the will”, is nowadays challenged by the emergence of an intellectual opposition between optimistic scholars with no concrete desire for change, and pessimistic researchers who think that rapid and necessary solutions need to be found to fix democracy. If Steven Pinker is undeniably part of the first group, it is only because of his partial vision of the contemporary reality. The following article argues in favour of a more balanced view of the current situation of democracy, as presented by Przeworski.

To start, we shall look at the arguments used by each author.

First, highly optimistic in his intellectual posture, Steven Pinker anchors his rhetoric in a discourse that presents itself as rationalist and inherited from the Enlightenment thought. Using many statistics as well as graphics from various sources to back up his statements, the psychologist claims that the world has never been so well off and current prosperity has no equivalent in the past. Above all, progress is a limitless process. According to him, current pessimism is only a problem of framing, a form of imagined moroseness powered by the media.

Enticing at first, Pinker’s vision is, however, incomplete and can be qualified as a highly partial conception of contemporary reality. Basing his theory exclusively on long-term trends and materialistic data, which compares levels of prosperity and health over several centuries, his findings can only be evolving in the “right direction”. Furthermore, by concentrating his findings on that of developed countries, Pinker does not recognize the geographical limits of his own theories. This is also the case when it comes to democratic matters, as Pinker is only concerned with form and much less with content. In his eyes, democracy can be briefly summed up as a system where elections are held at regular intervals. As there are continuously more democracies in the world, Pinker does not give much attention to issues such as the lack of representativeness perceived by citizens, growth of inequalities between different parts of society or the advent of a new type of illiberal democracies.

With a more balanced point of view, Adam Przeworski sees the current circumstances, such as the stagnation of lower incomes, the decline of overall confidence in institutions and the rise of far-right parties as a worrying sign of declining democratic ideas that have defined the ideal of popular sovereignty, especially since the Second World War. For Przeworski, the promoters of neoliberalism have deliberately favoured the deregulation and weakening of trade union organizations, leading to an increase of inequalities. Unlike Pinker, for whom progress is a unidirectional process, Przeworski warns against the misunderstanding of the Enlightenment ideal, against the belief of a unidirectional progress that could extract historical developments from the contingency.

In Przeworski’s theory, democracy is not simply a specific institutional system, it is an ideal that is slowly losing its legitimacy in many parts of the world, as the gap is growing between those who benefit from globalization and those who do not. Living conditions are polarized, mechanically resulting in a parallel dichotomization of opinions and ideologies. As an emblematic example, one can see that while Pinker looks with satisfaction at the increase in wages over the course of time, Przeworski condemns the growing gap between a worker’s productivity and the compensation he receives. According to this second author, the class compromise that dominated the post-war period is slowly fading, and society should be warned of its negative consequences.

Refusing to be content when contemplating the big picture, and the averages that mask the growing internal disparities, Przeworski dwells on the less positive specificities and the democratic backsliding. The degree of conflict in modern societies is growing, and if democracy can no longer play its role of channelling conflicts between different segments of the population and their ideologies, the maintenance of formal institutions may mask the excesses of a subverted democracy. Yet, although the author rejects any single thought system, his pessimism is not unappreciated: on the contrary, contemporary moroseness must guide the will to change and must allow the return of revitalized democratic practices.

This significant difference in point of view between Pinker and Przeworski reflects a difference in the conception of the researcher’s role in social sciences and the impact they can have on the political world. Everything depends on what the researcher is looking at, what lens he decides to adopt as well as what time frame he favours. Appreciating past progress must not prevent us from thinking about the present challenges, such as climate change and its human consequences. Too little of these important issues are discussed by the two authors.

To return to the introductory quote of Gramsci, optimism is essential but what is more crucial is a strong will for change. Otherwise, optimism is only a “Panglossianism” (a reference to the famous character from Voltaire’s Candide), hidden behind a form of blackmail to the Enlightenment, as said by Michel Foucault.